The abbot of the Ascension Bancheny Monastery called on Volodymyr Zelensky to protect the UOC believers from raiders of the OCU and arbitrariness of local authorities.

In his sermon on September 25, 2022, Metropolitan Longin, rector of the Ascension Bancheny Monastery (Chernivtsi diocese), addressed the President of Ukraine Volodymyr Zelensky with a request to protect the faithful of the Ukrainian Orthodox Church from the aggressive supporters of Dumenko. The video of the appeal is posted on the Youtube channel of the Bancheny Monastery.

Metropolitan Longin recalled that while the country is at war, OCU raiders “take away our churches, cut the doors of churches with grinders, smash them with sledgehammers, and humiliate priests.” However, the UOC is a multi-million denomination, and its believers are citizens of Ukraine, entitled to protect their rights. “We don’t stop anyone from praying. Our Orthodox people do not take the church from anyone, they do not beat people and priests,” Vladyka emphasized. According to him, those who seize the temples of the UOC are the descendants of communists and atheists. “These are not patriots of Ukraine… they have killed everything that is sacred in this country,” Metropolitan Longin said.

Vladyka added that he was accused of organizing a religious procession to the Boyany Monastery and is facing a trial. “A couple of days ago there was such terror in my house – our authorities came to ‘raise my awareness’ a little. Yesterday I became an enemy of the state, they opened a case against me as a criminal,” the hierarch of the UOC noted with irony. He said that mothers, whose children are now defending Ukraine at the front, were walking in a prayer procession with icons. Believers have one weapon – prayer, the bishop emphasized, so no one can forbid people to turn to the Lord, and believers cannot be persecuted for this. “Mr. President, did I have the right to be with all the people yesterday or not?” Metropolitan Longin addressed the Head of State.

Vladyka recalled how much the UOC does for refugees, the poor and the Armed Forces of Ukraine. “Our people are in hospitals, nursing homes, orphanages every day. And no one knows what we are secretly doing for the Lord God,” said Metropolitan Longin. According to him, the monasteries of Bukovyna have been accepting refugees since 2014, during which time the monasteries have received over 15,000 Ukrainians. Orphanages that left the war zone found shelter here.

“We help as best we can and don’t tell anyone about it. So why did we become enemies of this state? Help us as a guarantor of the Constitution of our state, I’m requesting you as a man, I’m begging you! I know that you are a very good person; you have a lot of kindness in your soul... Help us so that our mothers and our priests are no longer beaten, and our churches not taken away,” Metropolitan Longin urged the President of Ukraine.

Recall that a protocol was drawn up against Metropolitan Longin for organizing a religious procession in honor of the "Boyanskaya" Mother of God in the Chernivtsi diocese.

As the UOJ wrote, the authorities of a village in the Lviv region asked to dismiss the teachers who attend the temples of the UOC.

0 0
Share
UOC Radicals’ actions Church and power Persecution of the Church Chernivtsi Eparchy OCU Volodymyr Zelenskyy
If you notice an error, select the required text and press Ctrl+Enter or Submit an error to report it to the editors.
Read also 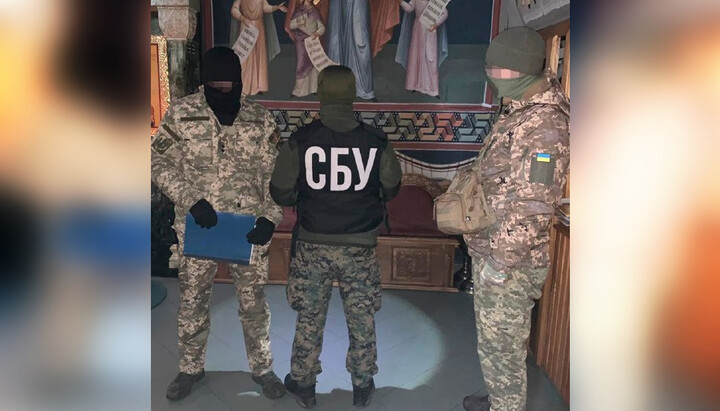