OCU “hierarchs” and “clergy” criticize the enthronement of Metropolitan Joanikije of Montenegro and the Littoral and support the protests of the Montenegrin schismatics.

The OCU publicly supported the protests of Montenegrin schismatics against the enthronement of Metropolitan Joanikije of Montenegro and the Littoral, which took place at the Cetinje Monastery on September 5.

"Bishop" Gabriel Kryzyna posted on his Facebook page a video commentary by the "bishop" of the schismatic Montenegrin Church Bojan (Boris) Bojovic, where he called the enthronement of Metropolitan Joanikije "shame" and "occupation of Cetinje". Kryzyna wrote in the publication: "The SOC has no prospects in Montenegro just like the ROC in Ukraine because you cannot fool people with lies."

"Dean" of the OCU in Chernivtsi, Ivan Makovei, wrote in the comments to Kryzyna that he personally knows Bojovic and the head of the Montenegrin schismatics Miraš Dedeić; with them, he "has gone a lot together". 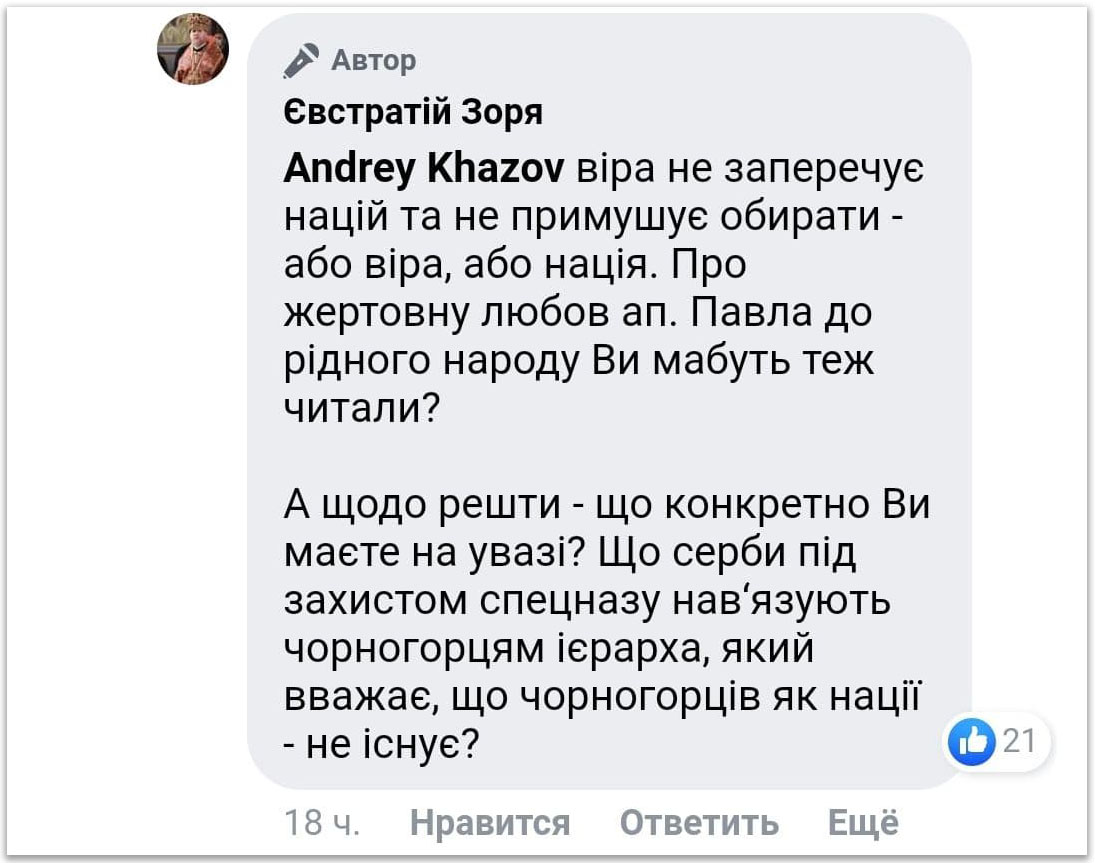 In 2019, a scandal broke out in the OCU, when the Montenegrin schismatic Bojan Bojovic was noticed at the "service" of this structure in the presence of Phanar Metropolitan Emmanuel of France. Sergei Dumenko was forced to send a letter of apology to the Montenegrin-Littoral Metropolitanate, in which he stated that the concelebration with Bojovic was due to negligence and inattention.

0 0
Share
Serbian Orthodox Church Eustratiy Zoria Phanar Montenegro OCU
If you notice an error, select the required text and press Ctrl+Enter or Submit an error to report it to the editors.
Read also