Mikhail Zinkevich appeared in the Cathedral of the OCU in Lutsk in a green mantle, which is traditionally worn by the Patriarchs of some Local Orthodox Churches.

Mikhail Zinkevich, “bishop” of the OCU, appeared before the flock at the last “divine service” on the feast of Trinity in a green mantle, which, in the tradition of the Russian, Bulgarian and Serbian Churches, is worn exclusively by patriarchs. The corresponding photos are posted on the Facebook page of the Volyn Diocese of the OCU.

The mantle, in which Zinkevich appeared, exactly repeats the vestments of Patriarch of the Russian Orthodox Church Kirill and Patriarch of the Bulgarian Church Neophytos – a green cloth on which there are two white and one red stripes.

Earlier, Protodeacon Andrei Kuraev said that during the "Unification Council" of the OCU, Filaret Denisenko announced an ultimatum: either "metropolitan" Mikhail would withdraw his candidacy from the vote or the head of the UOC-KP would not sign a decree on the dissolution of the Kyiv Patriarchate.

Later, Mikhail Zinkevich announced that Andrei Parubiy and Petro Poroshenko forced him to withdraw his candidacy at the "council", but he did not give up his desire to head the OCU. 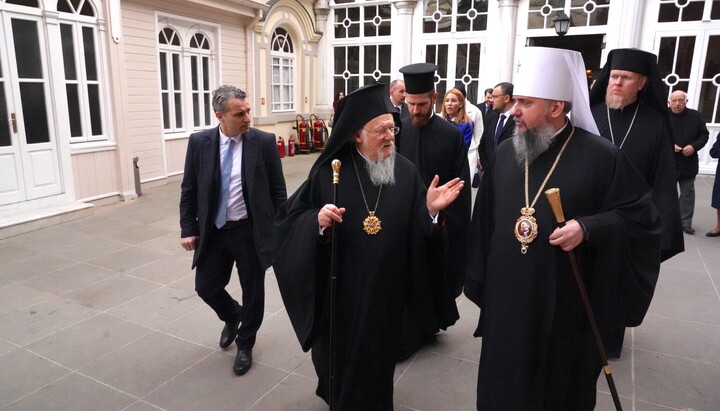