Metropolitan Neophytos believes that the New World Order is not enough for states to be just atheistic – they must be anti-Christian.

Metropolitan Neophytos of Morphou of the Orthodox Church of Cyprus said that the new world order requires states to be atheist and anti-Christian, Romfea publication reports.

Metropolitan Neophytos said that he could not perform the rite of the Great consecration of water behind the closed doors of the temple (as it was prescribed by the authorities – Ed.).

Vladyka stressed that he cannot decide who will be in the church and who will not (in Cyprus there is a government restriction on the number of worshipers in the church – Ed.): “Some came wearing masks. I will not judge them. But the majority came without masks."

When asked about the priest in Kalamata, who stopped the service because the believers were not wearing masks, the hierarch replied that he had seen this video and could not watch it again.

“There is no talking like that with Christians who have come to worship the true God. Neither a bishop, nor a patriarch, nor a priest can be turned into a defender of human law. This is not our job. The police are obliged to do this. But also in decent measures,” the hierarch noted.

He believes that "our state now clearly tells us: ‘You see, bishops, priests and Christians, from now on I want to be an atheist.’ This is dictated by the new world order."

“This is a clear message sent by all presidents and all parliaments, at least in Europe and America,” the Metropolitan said, stressing that the new order targets not just an atheistic state, but an anti-Christian state.

“If we do not understand this, then we will not be able to interpret correctly such events as prohibition of the consecration of waters or Holy Communion,” said the Metropolitan of Morphou.

Earlier, the UOJ wrote that, according to Metropolitan Neophytos, communion amid pandemic is a confession of faith.

0 0
Share
Atheism Church and society Orthodox Church of Cyprus Antichrist
If you notice an error, select the required text and press Ctrl+Enter or Submit an error to report it to the editors.
Read also

Kremlin hails Vatican’s initiative to become a venue for talks with Kyiv 15:00

DECR UOC head: I am accused of treason for caring about our refugees 10:42
News

28 November 2022
15:05
SBU reports results of searches at UOC in Ternopil and Сarpathian regions 0
15:00
Kremlin hails Vatican’s initiative to become a venue for talks with Kyiv 0
13:39
Ternopil Regional Council head calls for search at Pochaiv Lavra 0
12:58
Met Meletiy: Application for "Russian passport" was planted to me by SBU 0
11:09
Vatican Foreign Minister: We are ready to provide a place for talks on Ukraine 0
10:42
DECR UOC head: I am accused of treason for caring about our refugees 0
10:29
Bishop and secretary of Rivne Eparchy sue MPs for slander 0
09:51
I was told: if you want to live in peace, join OCU, - DECR head on searches 0
27 November 12:49
Expert on searches: Seeking out UOC saboteurs is easier than SBU traitors 0
27 November 12:13
State Ethnic Policy head: UOC ban will cause destabilization in the country 0
27 November 11:38
Bohdan: Important to remember UOC churches’re praying for Ukraine's victory 0
26 November 21:39
OCU priest: The transition to a new style is a blow to the "Russian world" 0
26 November 20:42
ES MP registers a petition demanding to take away all Lavras from UOC 0
26 November 18:49
SEPC head: There is no connection between the Kyiv Metropolis and ROC 0
26 November 16:41
Bohdan: The decision to transfer to OCU often made by territorial community 0
All news 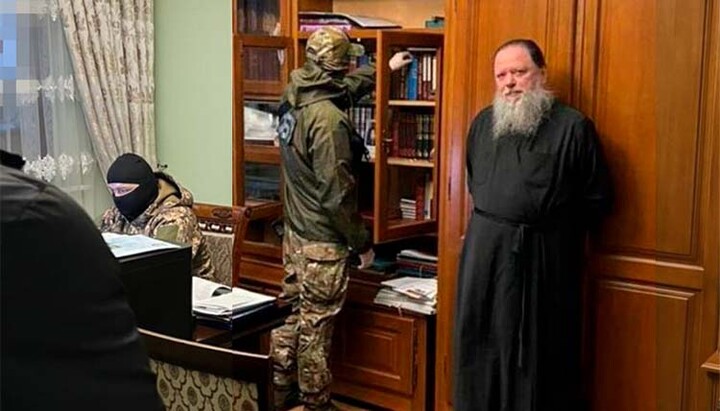 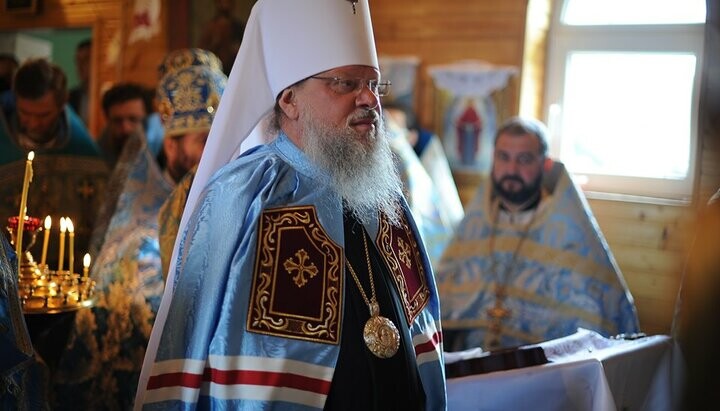