Archimandrite Ephraim is disingenuous talking about Phanar-ROC conflict because it goes about a violation of the canonical system of the Universal Church, says Met Luke.

Metropolitan Luke (Kovalenko) of Zaporizhzhia and Melitopol commented on the statements of the abbot of the Vatopedi Monastery, Archimandrite Ephraim (Kutsu), that Athos can only pray for the return of church unity since he can in no way affect the "conflict between the two Synods, two Churches – Moscow and Ecumenical" arising from the "Ukrainian issue".

“What a sad sight!” wrote the hierarch of the UOC on his Telegram channel on Friday, December 11. “On the one hand, the seized churches, beaten people, the Thrones and the Holy Gifts thrown onto the street in the mud, and on the other, noble elders who, smiling sweetly, talk about the universal love of God, the need for unity and spiritual peace. What is it? Cunning or unwillingness to know the truth? Or is it a betrayal, clothed in the vestments of obedience?"

The Zaporizhzhia bishop recalled how the UOC “was praying for a confessor of faith and a bloodless martyr,” when Elder Ephraim was in prison and endured persecution “but what do we see now? The man who was going to participate in the enthronement of Epiphany (Sergei) Dumenko (Chokaliuk)."

“Then he managed to get to hospital and only watch on TV Christ being crucified in my homeland with the participation of his representative, and therefore with his hands too,” added Metropolitan Luke. - But, having said "A", he had to say "B", having received schismatics in his monastery and prayed with them. Now Abbot Ephraim speaks lofty words about love, but at the same time he supports those who throw explosives into the houses of our priests, who drive mothers with young children out into the street, who tear apart the Body of Christ – the Church.

The Metropolitan noted that if, as Elder Ephraim asserts, “we all have the same liturgy,” then “edible and poisonous mushrooms also hardly differ from one another” and “if hegumen Ephraim is ready to serve the liturgy with anyone, then let him eat mushrooms without distinguishing between their properties and qualities. This is less dangerous since in this case he will only risk his body and health, in contrast to concelebrating with heretics, when he risks dying in the soul."

In addition, the hierarch of the UOC said, referring to the canonical submission to Patriarch Bartholomew, the abbot of the Vatopedi Monastery “in his obedience crossed the line where his obedience to the Church ended”, supporting “both papism, and ethnophyletism, and other heresies that his Phanar leader is promoting today.”

Metropolitan Luke also pointed out the deceit in the words of Archimandrite Ephraim about the conflict between the Synods of the two Churches – Russian and Constantinople, since “we are talking about a violation of the canonical order of the entire Ecumenical Church, followed by a break in the unity of the entire Body of Christ on Earth!”.

"’What can he do?’ Father Ephraim asks. We will answer what he could have done but did not. He could have become the new Maximus the Confessor or Mark of Ephesus, but he didn't want to. Apparently, the softness of the hegumen's chair and the gilding of the hegumen's staff turned out to be dearer to Father Ephraim than Truth and love for Christ. It is a pity, a pity that the genes of sin have won in the respected abbot the new man in Christ. But he had a chance during his lifetime to become a holy confessor of the faith in Christ, but obedience to the Istanbul bandit turned out to be closer to the body ...” resumed Metropolitan Luke of Zaporizhzhia and Melitopol.

As reported, the abbot of the Vatopedi Monastery, Archimandrite Ephraim, said that he could not intervene in the conflict between the Phanar and the Russian Orthodox Church on the "Ukrainian issue".

0 0
Share
UOC ROC Patriarchate of Constantinople Athos Patriarch Bartholomew Metropolitan Luke (Kovalenko) Schism Ukraine Phanar
If you notice an error, select the required text and press Ctrl+Enter or Submit an error to report it to the editors.
Read also 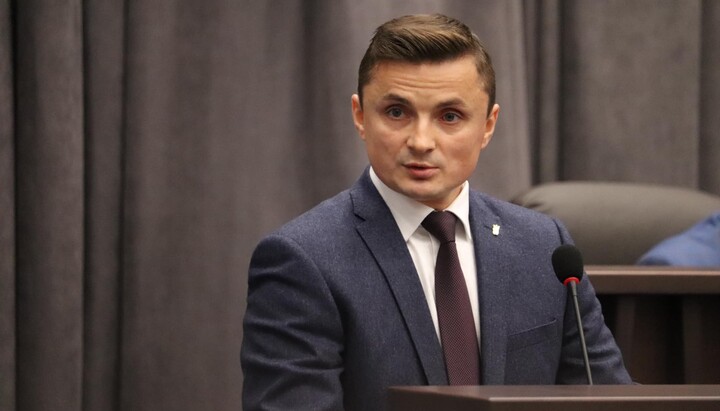 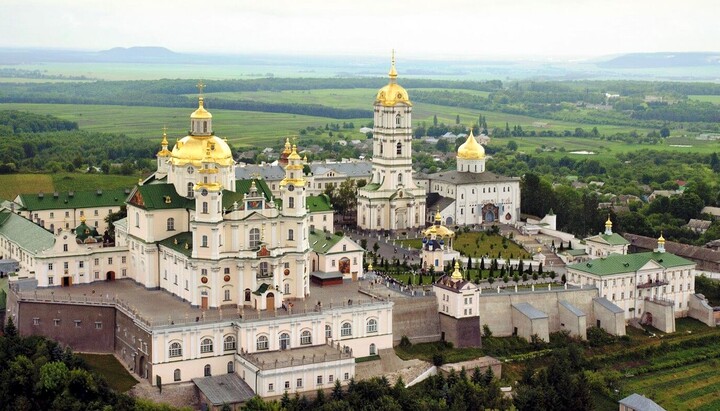