The head of the Kiev Patriarchate Filaret Denisenko claims on the official Facebook page of his religious structure that the Ministry of Culture of Ukraine, together with the Ministry of Justice and the OCU, is engaged in the illegal liquidation of the Statute of the UOC-KP.

In particular, according to Filaret, the euphoria from receiving the Tomos of autocephaly of the Orthodox Church of Ukraine is passing and the negative results of the Tomos, which manifest themselves in an “attempt to destroy the Ukrainian Orthodox Church of the Kiev Patriarchate”, are felt.

Thus, the head of the UOC-KP emphasizes, “the leadership of the OCU, together with some government officials, are destroying the Church, which gave birth to them and brought them to power”.

He also called on the "clergy" of the UOC-KP not to re-register "its parish statutes to the OCU", because, according to him, the UOC-KP "is really independent and serves the interests of the Ukrainian people and the Ukrainian state, and not foreign centres". 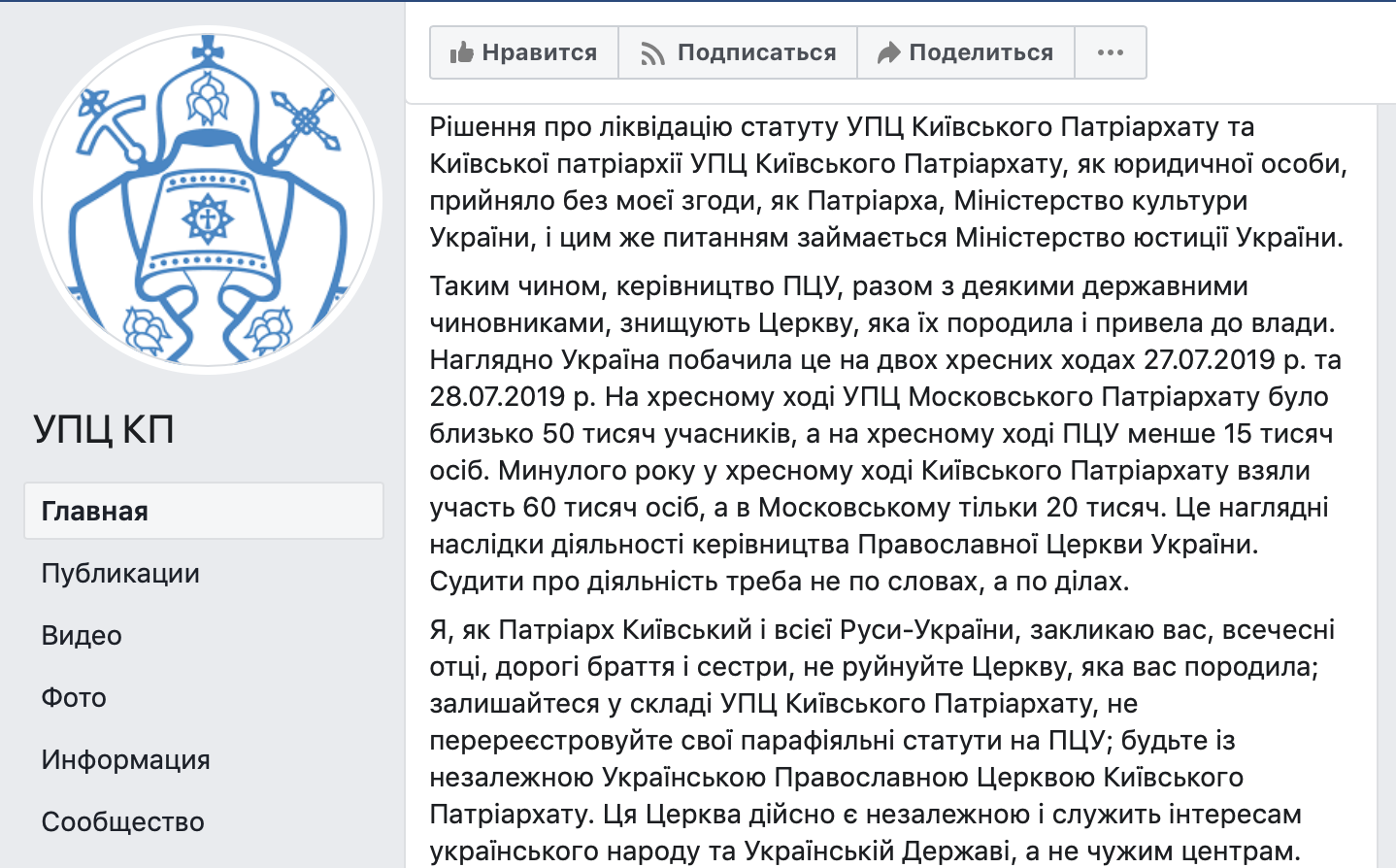 As reported earlier, Filaret accused Epiphany of interfering in the affairs of another "Church".

0 0
Share
UOC KP Filaret Denisenko OCU Epifaniy Dumenko
If you notice an error, select the required text and press Ctrl+Enter or Submit an error to report it to the editors.
Read also

His Beatitude officiates Divine Liturgy on the day of his episcopal consecration 09 December 16:08

Phanar on govt's actions against UOC: Ukrainian Orthodoxy is being cleansed 09 December 13:14

ES MP: Actions of the authorities on UOC are contrary to European obligations 09 December 13:10

SBU conducts searches in Boryspil Eparchy of the UOC 09 December 10:14

ES MP: Actions of the authorities on UOC are contrary to European obligations
09 December 13:10