Athonites ask pilgrims from Ukraine to confirm their affiliation with UOC

The abbots of Athos monasteries have asked His Beatitude Metropolitan Onuphry to issue UOC pilgrims certificates confirming their affiliation with the canonical Church.

The UOJ publishes a circular of the Kiev Metropolis of the Ukrainian Orthodox Church, according to which all pilgrims from Ukraine who are going to Holy Mount Athos will have to carry with them, besides the usual documents on such trips (passport and diamonitirion), also a certificate that testifies to their affiliation with the canonical church.

As stated in the document that was sent to each eparchial bishop of the UOC, this initiative comes from the monks of the Holy Mountain:

The certificate indicating the period of stay must be made on the letterhead of the eparchial administration, signed by the eparchial bishop and sealed.” 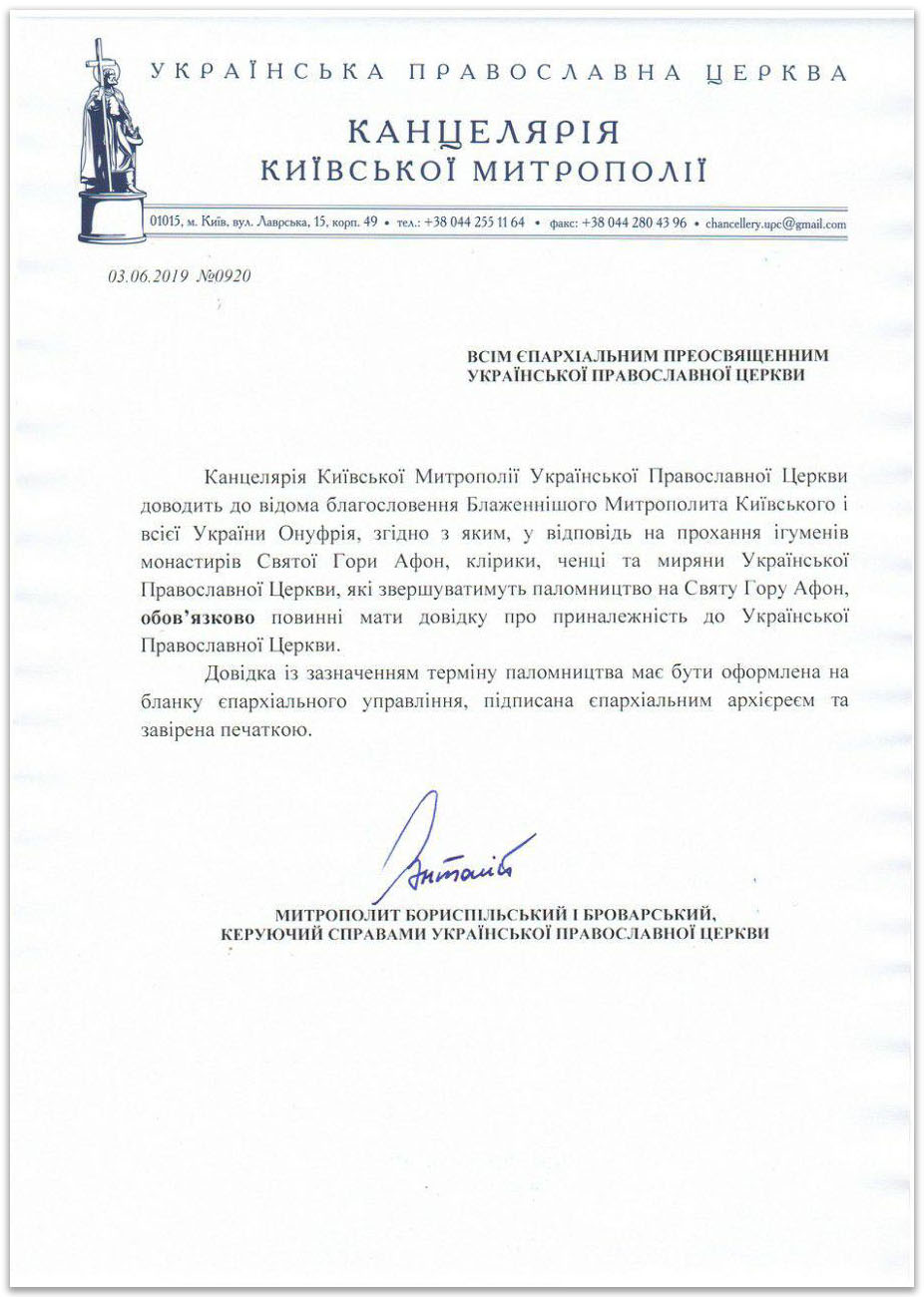 0 0
Share
UOC Athos His Beatitude Metropolitan Onuphry Athonite elders
If you notice an error, select the required text and press Ctrl+Enter or Submit an error to report it to the editors.
Read also

OCU and the UGCC argue over who should get Pochaiv Lavra 26 January 10:52

Jerusalem Patriarchate urges GOC not to violate its jurisdiction 25 January 17:35