The “council” of December 15, 2018, can be considered neither unifying nor constituent, assures Pavel Rudiakov.

The Unification Council, which took place on December 15, 2018, splintered both Orthodoxy and the church structures of Ukraine, said Pavel Rudiakov, Director of the Informational and Political Center “Perspektiva” (“Prospect”), on air of the First Cossack TV channel.

“Of course, the Council was not unifying – it splintered both Orthodoxy and church groups in Ukraine,” said the expert.

He stressed that there is no reason to consider the “council” constituent.

“In order to establish something we need founders. After the Synod of the Ecumenical Patriarchate decided to invalidate its own decision of 1686 and restore its Stavropegia in Kiev, the Kiev Patriarchate and the Ukrainian Autocephalous Orthodox Church ceased to exist as a legal entity. Therefore, they could not act as a founder,” Rudiakov explained.

According to the expert, the composition of the “Sobor” presidium suggests that the founders of the OCU were representatives of Phanar and President of Ukraine Petro Poroshenko.

“Maybe this was the idea of the agreement, which Poroshenko and Bartholomew had signed before, the content of which is unknown to us,” suggested the director of the Informational and Political Center.

Rudiakov also drew attention to the oddities that occurred during the meeting of the “unification council”. The expert was struck by the fact that Poroshenko was sitting between the Exarchs of Constantinople and Metropolitan Emmanuel of France (Adamakis), at a distance from the Ukrainian religious organizations who were taking part in the event.

“Counting of votes also seems curious. By the first ballot 37 votes were given to Epiphany, 29 – to Simeon, plus a few – to Vladimir from the UAOC. Let it be 70 voters. Then there was information that Epiphany won by 20 votes without specifying the figures. Here we go: 42 bishops from the UOC KP, plus 14 from the UAOC and 2 from the UOC. This is 58. Where did another 10 votes come from, who gave these 10 votes? ” the expert shared his perplexity.

He added that even within the Kiev Patriarchate the division only deepened, let alone the friction between the UOC KP and the UAOC.

Recall, “metropolitan” of the UOC KP Mikhail Zinkevich said that “honorable acting spiritual mentor” of the new church structure Filaret Denisenko, with the help of blackmail, made him withdraw his candidacy from the election of the “OCU head”.

0 0
Share
UOC KP UAOC Patriarchate of Constantinople Petro Poroshenko Politics Interfaith relations Unification Council OCU
If you notice an error, select the required text and press Ctrl+Enter or Submit an error to report it to the editors.
Read also 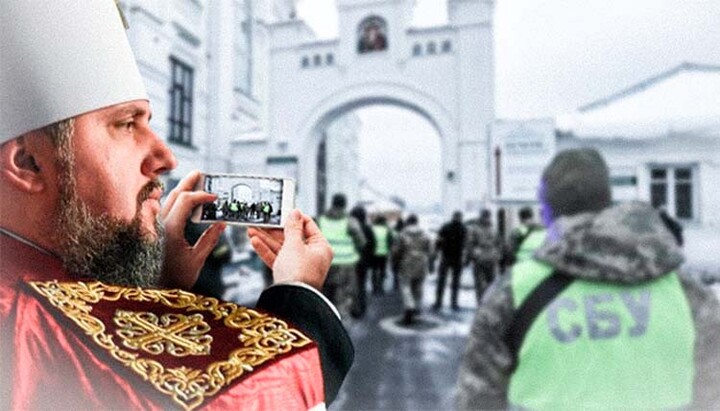