11 December 2018 23:44
0
Advisor to the President of Ukraine Rostislav Pavlenko and head of the UOC KP Filaret Denisenko

After the meeting with Pavlenko, "Patriarch" Filaret strongly criticized the Phanar’s actions to his "bishops".

On December 8, 2018, the Deputy Head of the Presidential Administration of Ukraine Rostislav Pavlenko met with the head of the UOC KP Filaret Denisenko behind closed doors, reports “Vesti”.

The President’s advisor planned to meet with Filaret in private, but he insisted on the presence of the UOC KP spokesman Eustraty Zoria and “Metropolitans” Epifany Dumenko and Dimitry Rudiuk.

The witnesses report that the parties of the confidential conversation were very unhappy with each other.

When Pavlenko left Filaret’s residence, the leader of the UOC KP strongly criticized to his "bishops" the activities of Patriarch Bartholomew of Constantinople. He condemned the Phanar’s ambitions and declared that Constantinople would have to yield and give the Ukrainian Church complete freedom and independence.

The meeting participants said that the “metropolitan” Epifany listened to Denisenko with an ironic smile, although the “patriarch” himself was extremely serious.

Earlier, Rostislav Pavlenko stated that the statute of the Single Local Church would be adopted not by Constantinople.

On December 10, 2018, “Patriarch” Filaret openly declared his disagreement with Constantinople regarding the procedure for holding the “Unification Council”.

0 0
Share
UOC KP Patriarch Bartholomew Filaret Denisenko Church and power Autocephaly Single Local Church Unification Council
If you notice an error, select the required text and press Ctrl+Enter or Submit an error to report it to the editors.
Read also

UOC calls transfer of Kyiv-Pechersk Lavra to the OCU a fake
03 December 09:28 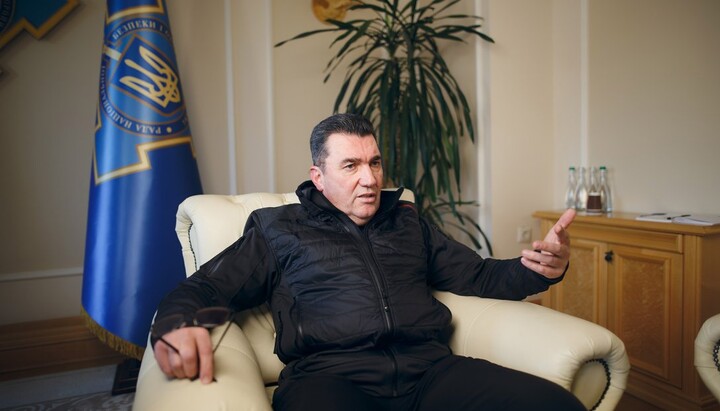