Ministry of Justice cancels the transfer of Pochaev Lavra to UOC

On November 23, the Ministry of Justice of Ukraine cancelled the re-registration of the buildings of the Holy Dormition Pochaev Lavra.

The Ministry of Justice of Ukraine cancelled the transfer of the complex of the Holy Dormition Pochaev Lavra for the use by the Ukrainian Orthodox Church. This was announced on November 23 by the First Deputy Minister of Justice of Ukraine Elena Sukmanova, the press service of the ministry reports.

“The Ministry of Justice Commission at its meeting accepted the request of the Kremenets-Pochaev State Historical and Architectural Reserve, which asked to cancel the decision on state registration of the right to use the complex of buildings of the Holy Dormition Pochaev Lavra for the religious organization Pochaev Holy Dormition Lavra. The relevant order of the Ministry of Justice has been signed today,” said Sukmanova.

This decision, according to officials, is "anti-raider". According to Sukmanova, members of the Commission concluded that the registrar carried out state registration of the right to use the complex of buildings of the Holy Dormition Pochaev Lavra (the Dormition Cathedral, the Trinity Cathedral, monastic cells, bishop's house, bell tower, gate building) with violations of current legislation.

“That is why this decision on state registration was cancelled, and the state registrar who took it was blocked access to the State Register of real estate rights,” the First Deputy Minister of Justice noted.

We remind that earlier the deputy of the Pochaev city council Taras Palianitsa reported that the Pochaev Lavra in the Ternopol region was illegally transferred to the use by the Ukrainian Orthodox Church.

The deputy showed an extract from the State Register, according to which the buildings of the Lavra were registered in the name of the UOC before January 1, 2052, with the right of prolongation. It was later reported that the Ternopol police were investigating abuses in transferring the Pochaev Lavra to the UOC.

0 0
Share
Pochaev Lavra Ternopil eparchy Radicals Church and power
If you notice an error, select the required text and press Ctrl+Enter or Submit an error to report it to the editors.
Read also 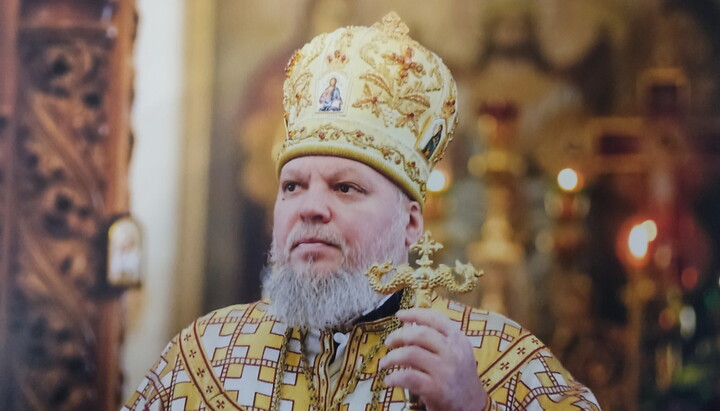